In the authors opinion it is possible to employ an Electronics Designer without having a deep understanding of electronics. However, the employer should insist on understanding the principles

involved, even if not the precise details of operation. It is, unfortunately, quite difficult to gauge the quality of an engineers work "from the outside looking in." It is easier to measure the quantity of a designers work - but being thorough is one of the key ingredients an employer should value - and fast is rarely thorough. (On that point - one key indicator of being thorough is a preference for an ordered, un-interrupted workflow). So, actually, it is probably not that hard to list the qualities needed in a design engineer - but it is a little harder to determine how well a designer meets those criteria. A recruitment consultant may overcome that, but they get paid to sell the people on their books (and making sure the sale does not go somewhere else) - that is a conflict of interest as to achieve his sale the recruitment consultant only needs the employer to accept anyone, whereas the employer wants the best person for the job, within the time available.

Design is about communication. That may sound trite, you could as much say that Sales is about communication, and Management also. Different organisations have varying engineering cultures, some more conducive to real engineering than others. How well your new hire gets on with his or her co-workers is really important. That culture plays an important part. If an employer has no full time design staff these comments are still very much valid - the culture is formed betwen the other subcontractors being employed and the point-of-contact (probably the boss) of the employers company. If it is a competitive environment, make sure you are not employing a lamb, if a cooperative environment, check he or she is not a shark. Above all, the employer should be honest with the new employee about why they are being employed - one complaint among engineers is being employed on the basis of doing one job, but the projects they are then asked to work on being something quite different.

Look for designers that provide information. It is a waste having a "closed book" designer work for a company - either subcontract or as an employee - after a period of time the designer becomes indispensible, not because he or she is so good, but because they simply do not pass on the information that would allow the employer to function without their presence. A designer who provides copies of circuit diagrams, PCB overlays, CAD files, notes, and makes regular backups - they are the ones to keep. While there are occasionally valid reasons, practices which highlight an undesirable engineer or design house are:

Not telling people about something doesn't necessarily make it secure. For instance, perhaps a manufacturer might make a device with a "secret" communications protocol, and think that by not making it public no other company will be able to retrofit equipment to their proprietary system. (In the first place, they would be alienating customers and potential third party support in the industry, but that is not the point) But if there was no actual encryption or other security, all it takes is someone with the right knowledge, and perhaps a little luck, to come along and find the back door, and the security is lost. Security through Obscurity is very little security at all. It is the sort of security a dilbert-type manager dreams up.

In the field of Cryptology, "Security through Obscurity" is widely questioned as a principle. Most such systems have proven to be poorly designed. Perhaps the best model is the 20 Year old Data Encryption Standard (DES). Complete details of DES operation have been available since its release - for 20 years it was algorithmically secure. As of 17 July 1998 brute force attacks have been developed that can crack a ciphertext-plaintext pair in about 56 hours - but that is not actually a failure of the algorithm, DES has stood the test of time brilliantly. For security choose algorithm or patent - not obscurity.

], through some specialist magazines, and by asking around for recommendations. As far as the author knows, there are no reputable online directories. There are industry organisations (such as IEEE, IPC) but many designers will not be members.

In Selecting your designer, use these criteria: 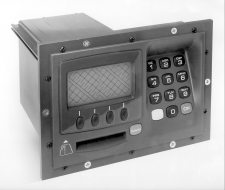 If your work involves much more than just copying a circuit diagram and laying out a quick PCB, it would likely benefit from a bit of creativity and flair. There is passion involved - the sort of people who do this work do it because they enjoy it - they like taking the concept that you have, bashing the unworkable bits out and then turning it into something new, clean, elegant and complete - then switching it on, and watching it work. Their success is your success - they have made the design operate, you can get out there and sell (or use) the thing.

You need to help this along. Engaging the engineer in your project will do it - so sell your requirements to him - ("if we had xyz feature we could sell in this new market") and be open and honest about the details of your project. Even if the designer is subcontract vs a direct employee, it is very unlikely that they will take your ideas and try and to market it themselves. It would kill their reputation. But, you need trust on both sides; if you don't feel comfortable with a subcontractor you are talking to, just politely move on.

It is also about timing. Don't be too worried by an engineer who says "I will have to get back to you about that" - some of the biggest mistakes The author has made have been in answering engineering questions too quickly. Otherwise, keeping the momentum in a project can be very good. You can help this by ensuring the engineer has one point of contact in your company - a project manager - usually yourself. If the engineer asks a question or offers alternatives, try and address it in a tight timeframe, and don't forget about it - keep a list. Samples and interfacing equipment are usually critical - get those to your engineer as soon as possible. If an engineer is making the effort to stay in touch, giving him or her a few minutes on the phone, or a few lines by return email may be all the feedback needed to help them turn a "pass" level project into a "distinction"

Employing for a single project

Normally the employer would start with a list of candidates (subcontractors or contractors), rank them according to criteria, and then contact each about the project. This initial contact may be by email, but would usually involve a phone call as well. Keep the information provided brief, but not deceptive. The employer should avoid sending subcontractors a large document or Request-For-Quote and asking for their feedback - many subcontractors will put the review off. From the responses, and based on the ranking, the employer should pick a short list.

Talking to the subcontractor. When you phone, make sure you are speaking to the guy (or woman) who will be doing most of the work. Unfortunately, if you are speaking to a Sales person, they are likely to be quite good at telling you what you want to hear, and you won't really be getting the feedback you need. It is quite important to engage the engineer, and prove your commitment to the project also. During that inital phone call, unconsciously, the engineer is interviewing you as much as you are interviewing him.

A large amount of effort is required in the initial stages of a design project, both for employer and the designer, in examining the concept, writing out ideas, working out how the project could be acheived, and as is often required, arriving at estimated production costs.

If the job is large, it is pretty normal to consider two or three subcontractors for the same job to the estimate stage, but it would be pretty unusual to have all of them start the job. The grey area is having two or three subcontractors produce detailed quotes. With complicated electronics, a lot of work goes into producing a quotation, to the point that the subcontractor really has to start the design work to do it - or make "educated guesses". Ballpark estimates are a different matter - most subcontractors will be able to provide these without starting the work, but it will still take some amount of time. To get a quotation from two or three subcontractors for a complicated project the employer may need to pay each of them a "feasibility study" fee. In any case, normally the selection process has narrowed the field to one favourite even before the final detail of the product is worked through in great detail.

If an employer expects to "design it as we go" - which is perfectly valid for "Green fields" research (ie more the Research side of R & D) - then the employer really need to engage employees full time or pay by the hour. An experienced subcontractor knows that they are unlikely to get paid for all of their time if there is not a clear objective at the start. 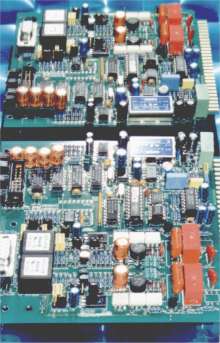 An employer dealing with subcontractors and small businesses has one very simple tool that can make the relationship work much better - pay the designer quickly for their work. It helps any small business to pay them quickly - larger businesses probably don't notice, small businesses do.

A Businesses Research and Development Spend. A business needs to continuously spend on R & D. When the business stops spending on R&D there is a short term gain (the reduction in outgoing wages or payments) and a long term loss (there are no new products to sell). The quality of the spend is important, it has to be effective. There is great variation, even within an industry, - some companies continue to spend a lot on R&D - others very little. It could be that some managers are not quite as aware of the economics of Research & Development and really only focus on the problem when the situation has badly deteriorated. An alternative to this is to become a retailer - to not develop new products - but instead just import them.

Whether to "outsource" or "inhouse" the engineering for product design is a decision for the employer that is quite heavily influenced by outside advice. I think my most useful contribution would be to say that the decision really should be based on availability of the employees. If the employer has the people available already, and if they can can complete the project efficiently then it doesn't make sense to outsource the work.

One caveat: Consider the big picture, - when you outsource you quite often get greater control over costs and risk, because they get quantified up front. When you operate inhouse some portions of the project cost will be invisible - if your project goes over budget, it is unlikely you will remember that 'Fred' didn't answer customer calls because he was working hard on finishing the new circuit board. And, subcontracting some projects can speed up the overall flow quite a bit.

We hope you decide to include AirBorn Electronics in your selection process.

The paper burns, but the words fly away. -- Ben Joseph Akiba